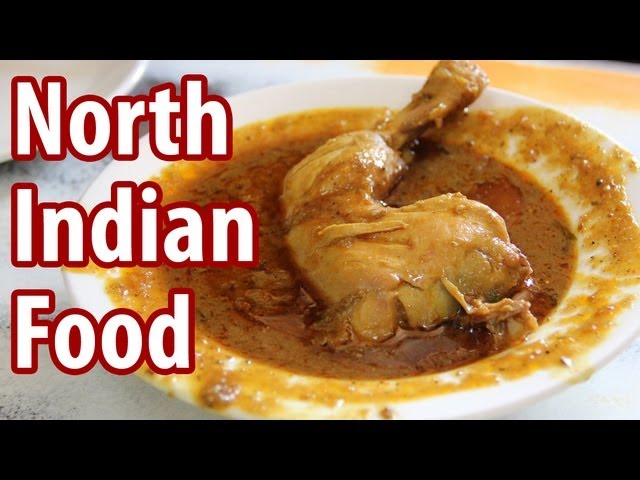 Karims Restaurant may be one of the most famous dining establishments in all of Delhi, and it was delicious, but I didn’t think it was as good as Bhape Da Hotel. I originally found this restaurant by searching this website http://www.zomato.com/ncr/bhape-da-hotel-connaught-place-delhi, and since I was heading to Connaught Place, I decided I needed to stop in this legendary eater to sample some North Indian food in New Delhi, India. Bhape Da Hotel is just about everything I look for in a restaurant, there’s a crowd of men standing outside, it’s small and homey, it’s hot and stuffy, and there’s little conversation from diners, all the talk and shouting only comes from order food and from the staff – diners are silent enjoying the moment.

Again, I had little idea of what North Indian food to order when I arrived, so I asked the owner, what dishes he recommend and without hesitation he mentioned the saag mutton (or mutton sag, saag gosht). You may be familiar with the famous Indian food of palak paneer which is paneer cheese in a spinach puree curry blend. Saag is another name for palak, or spinach, and this dish was similar except instead of paneer cheese it was replaced with a huge chunk of mutton – that’s what I’m talking about! I also ordered the chicken curry, and a stack of freshly cooked tandoori rotis which are very similar to thinner and slightly crispy naan breads. The food is all prepared already, so when you order they just dish the luscious curries out the pots and deliver them to your table with haste. The aroma was almost too much to handle, the food was calling my name.

Both the dishes arrived to my table and I was ready to dig in. At Bhape Da Hotel, I started things off by breaking bread and dipping it into the thick saag mutton gravy; It was heavenly. Then I took to the bone, and the mutton literally just slid off the bone with ease, the meat dripping with the saag sauce and plenty of oil. Then I sampled the chicken curry, which was equally rich and superbly flavored with an array of spices. Both of the North Indian food curries I enjoyed at Bhape Da Hotel restaurant in New Delhi, India, were outstanding and I would gladly take another pilgrimage there just to eat them. They were both extremely rich and oily, but they sure are worth it every now and then.