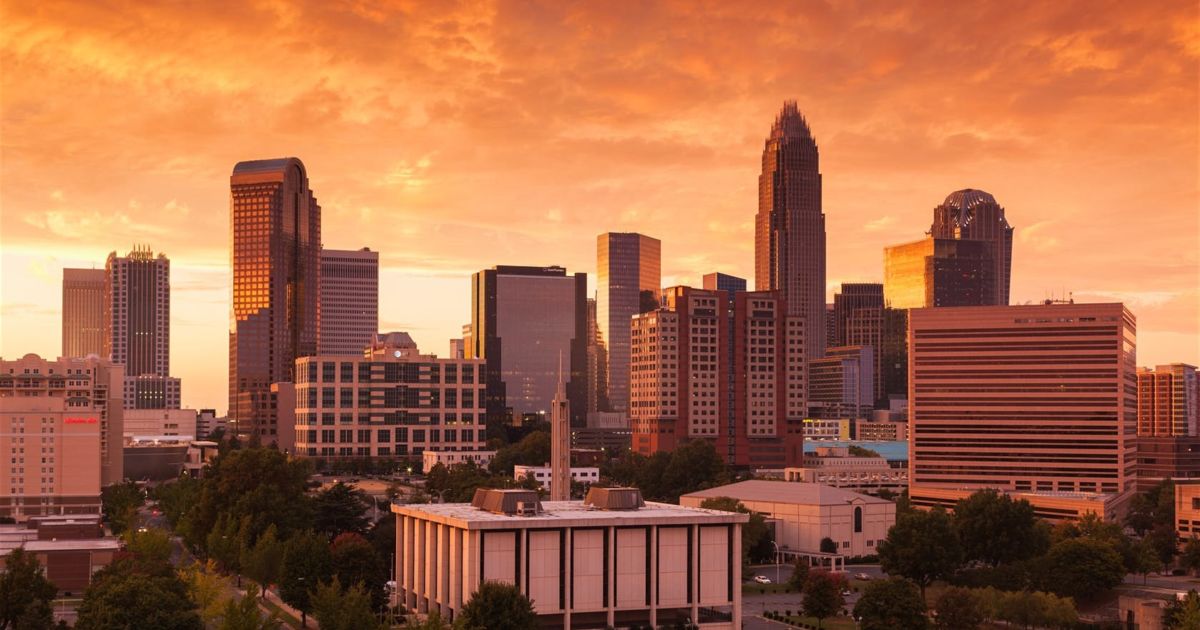 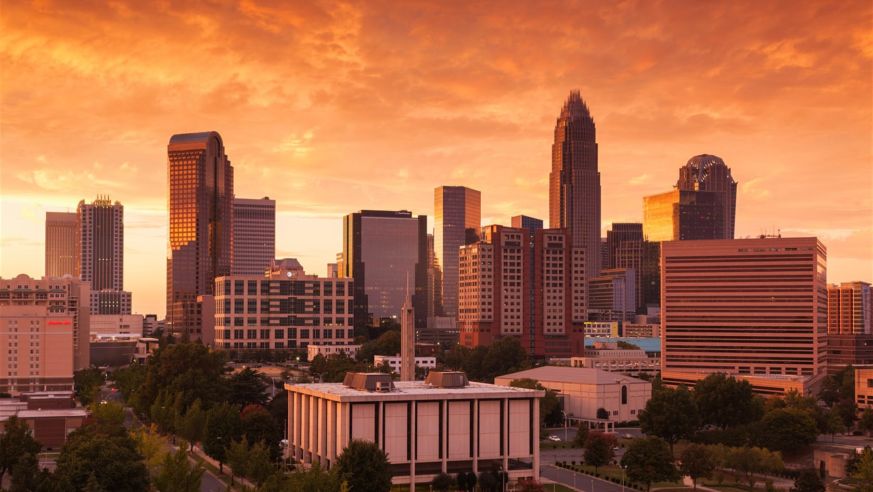 If you’re looking for a road trip that delivers some of the highest highlights of the Southeast, we’ve put together a peerless itinerary that takes you from the biggest city in North Carolina to the oldest city in America, with plenty of good eats, arts, and natural beauty along the way. Start your engine!

Your Southeast road trip begins with a taste of Charlotte, North Carolina. The largest city in the “First in Flight” State, Charlotte offers a menu of contemporary Southern cuisine like the exquisite BBQ at Midwood Smokehouse, several important art collections including the Bechtler Museum of Modern Art, and the unique Levine Museum of the New South with its focus on events after the Civil War. A stop at the NASCAR Hall of Fame is a must for racing enthusiasts and newbies alike. 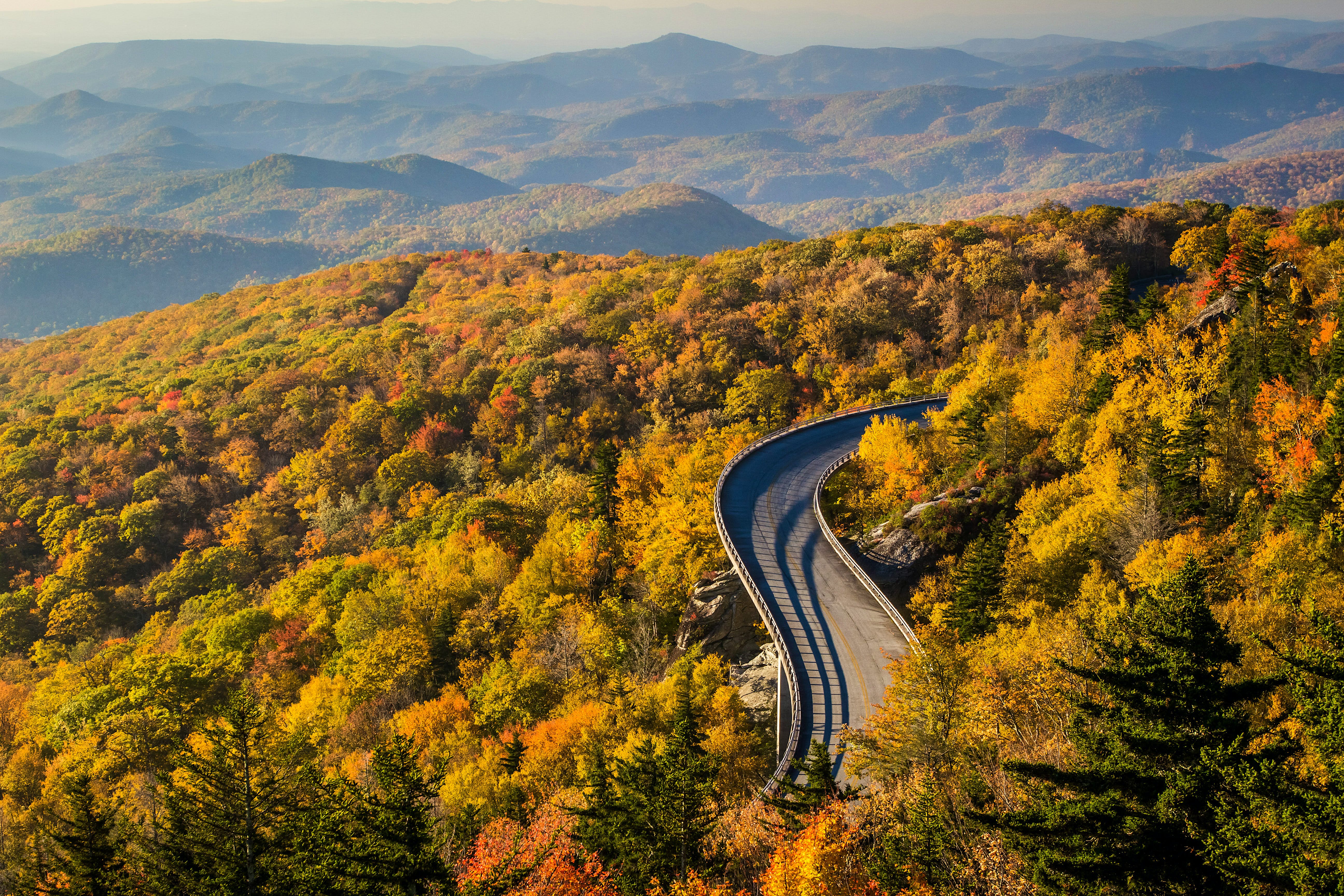 From Charlotte, you’ll head north (don’t worry, we’ll get you down to South Carolina, Georgia, and Florida eventually) for about two hours on I-77 and US 421 to the scenic Boone and Blowing Rock region. The epicenter of beauty here is the stretch of the Blue Ridge Parkway that passes through the region on its way from Shenandoah National Park in Virginia to Great Smoky Mountains National Park in North Carolina and Tennessee, boasting seemingly endless hiking trails and scenic overlooks. Don’t miss the chance to witness living history with the costumed actors at Hickory Ridge Museum, and get to know the flora of the Boone area at its namesake Daniel Boone Native Gardens. In nearby Blowing Rock, spend the day at Ultimate Adventure park with zip lines and other out-of-this-world pursuits. Rest your head at reliable lodging like the Inn at Crestwood, in Boone, with rooms starting well under $100/night. 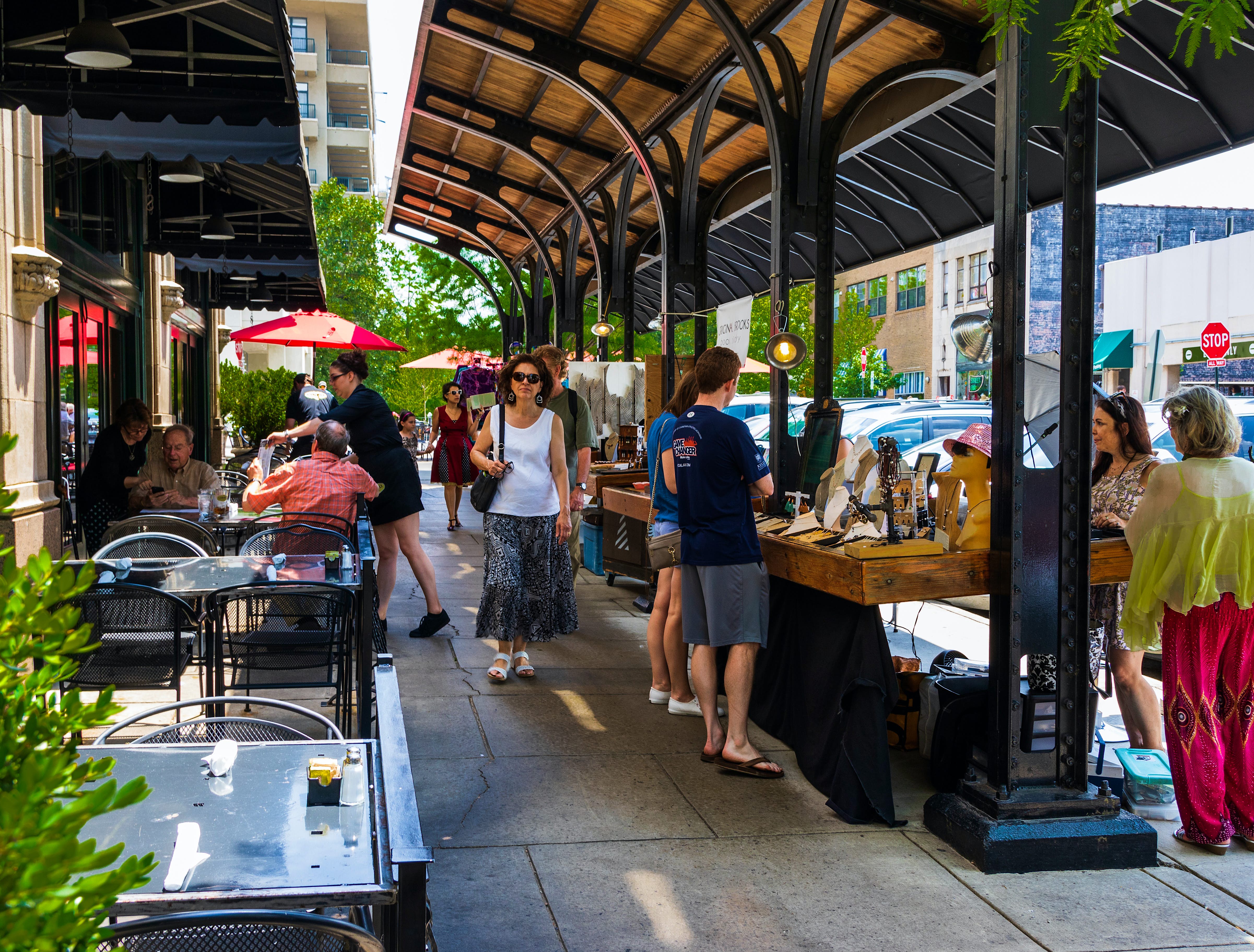 The drive from Boone to Asheville, less than two hours south on US 221, takes you into the heart of one of America’s hippest small cities, brimming over with culinary delights (including a delicious and imaginative vegan scene), craft beer, and vibrant local arts. But the great outdoors will most likely dominate your Asheville stay, including canopy tours, hot air ballooning, and zip lining. After hours, we recommend an evening at Well Played, a unique “board game cafe,” and a well-earned sleep at the Residences at Biltmore, starting at under $120/night. 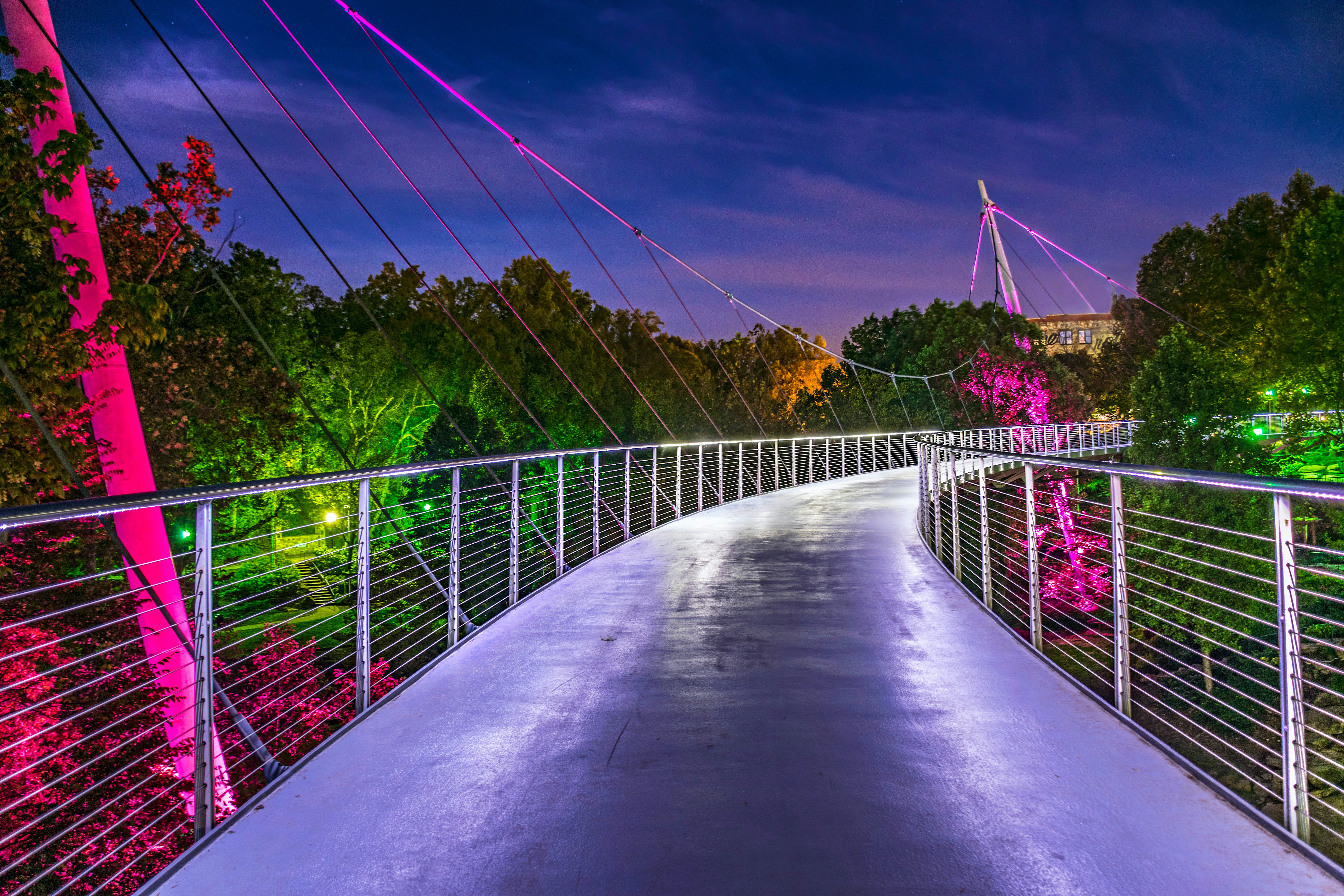 About an hour and 15 minutes from Asheville on I-26 East and US-25 South, Greenville, South Carolina, beckons with an exceptionally walkable downtown that boasts cool shopping, artist studios and galleries, and great food (including the Greenville BBQ Trail Tour). Start your morning with a cup of coffee at Falls Park before you traverse the Liberty Bridge, a 345ft-long span over the Reedy River. A variety of comfy motels offer rooms at well under $100/night, and for a little over $100/night you can get a room at the Hyatt Place Greenville/Haywood.

From Greenville, head south on I-85 for about two hours and 15 minutes and discover Alpharetta, Georgia. Explore more than 750 acres of parkland, try some of the 200+ restaurants like Cabernet Steakhouse or Chiringa with its coastal cuisine. Be sure to set aside your evening for music at one of the world’s finest jazz clubs, The Velvet Note. 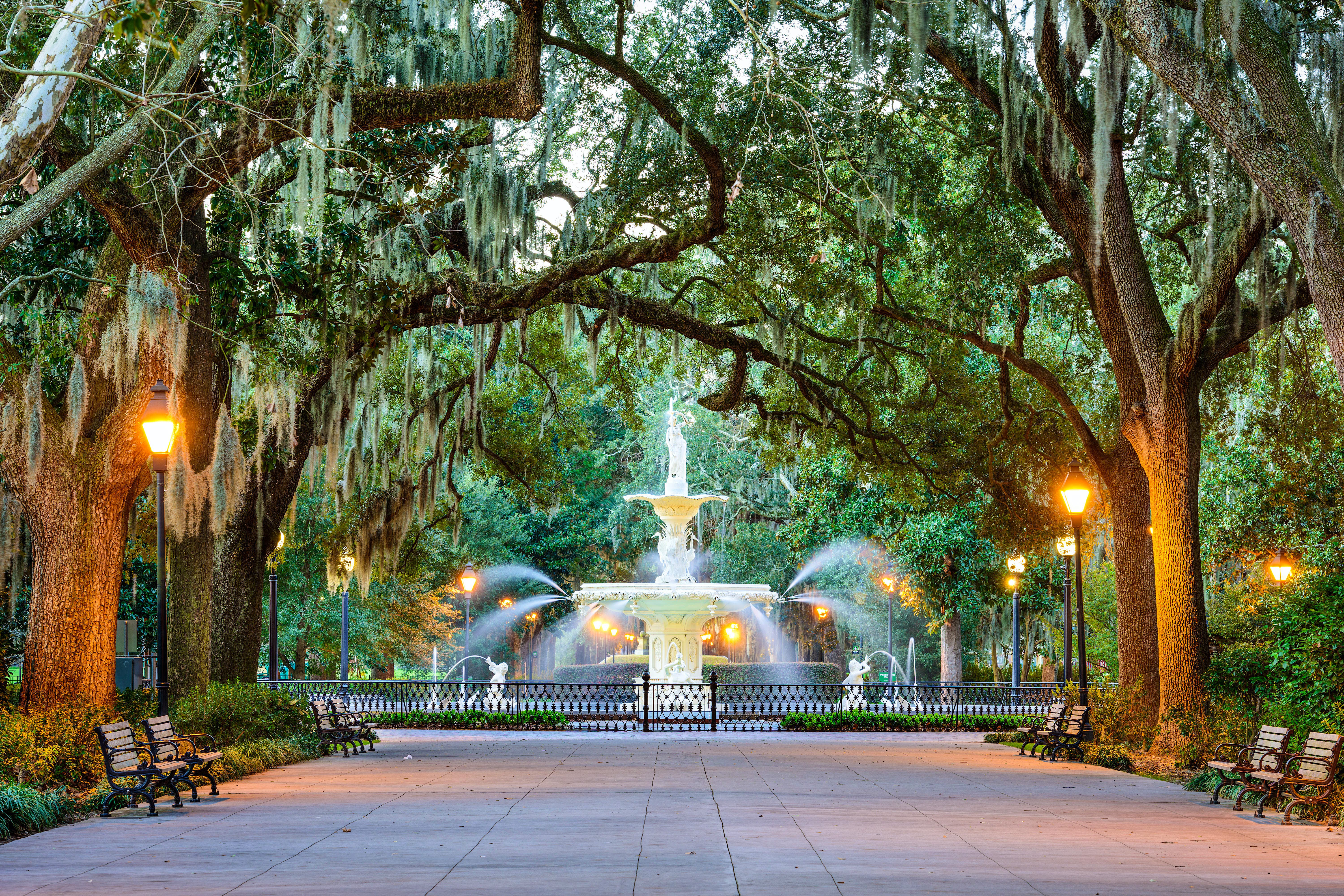 A four-hour drive from Alpharetta on I-75 South and I-16 East brings you to the uniquely charming city of Savannah. Take your pick of activities, including strolling along Bull Street from square to square to Forsyth’s Park discovering the city’s decidedly European flavors; visit the Savannah College of Art and Design with its exceptional SCAD Museum of Art; and for more art, both classic and new, visit the Telfair Museum, in Savannah’s Historic District, and the Jepson Center. Dining options include fresh oysters and shrimp at Bernie’s. Bunk down for a night or more at the Old Harbor Inn, with rooms under $150/night and worth every penny. 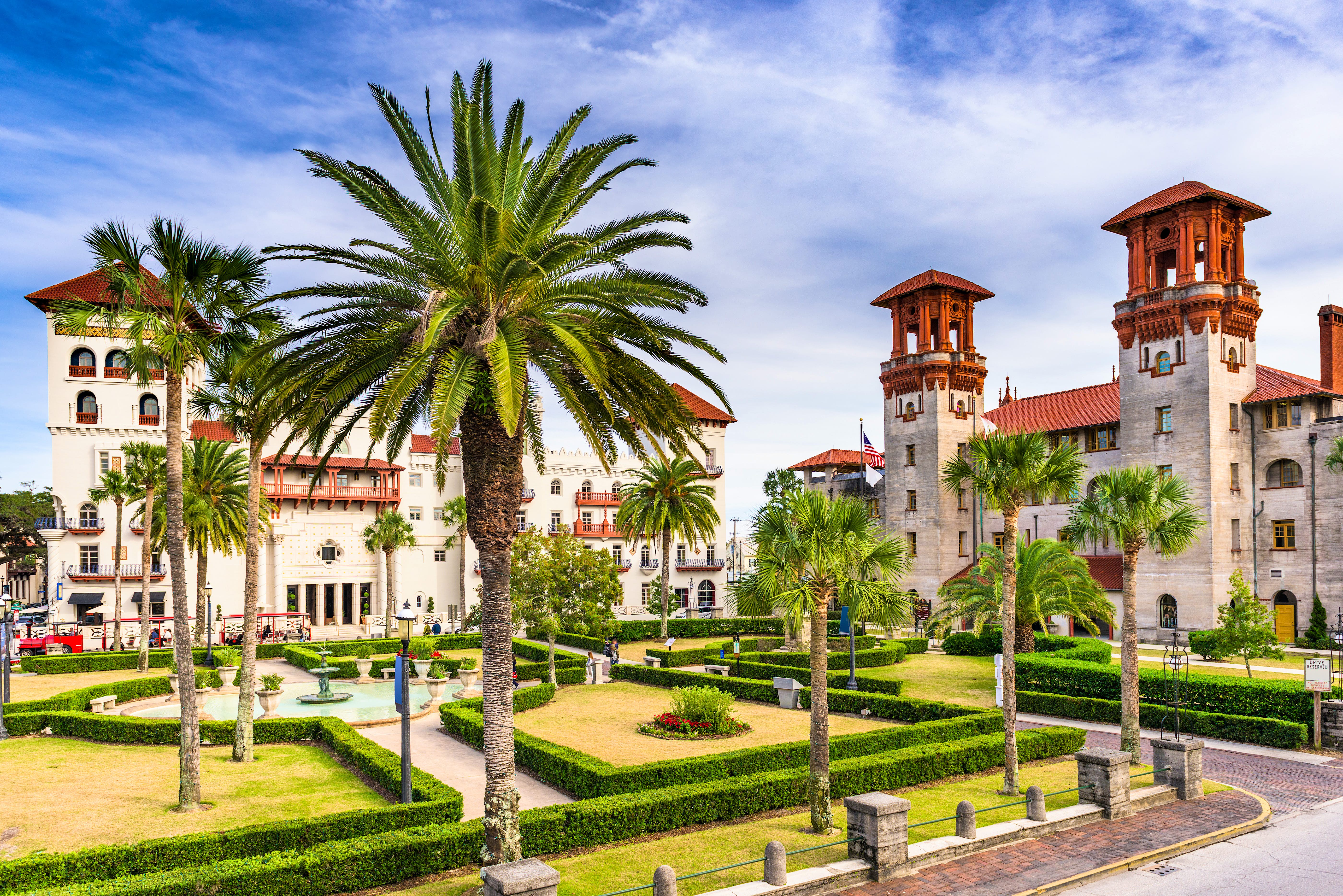 Once you succeed in bidding adieu to Savannah and its charms, head south on I-95 about two hours and 45 minutes to discover the oldest city in the US. St Augustine, Florida, was founded in 1565 by Spanish settlers and delivers an experience that feels a world away from the beach towns and theme parks we associate with the Sunshine State. Explore the iconic Castillo de San Marcos, spend some time getting to know local history at the city’s exceptional museums, and enjoy a diverse menu that reflects St. Augustine’s native, colonial, and immigrant cultures (try Collage Restaurant for its international menu and romantic setting in the Historic District). Book a room at the utterly charming Villa 1565, starting under $125/night.

THIS IS MIND BLOWING!
Introducing Indonesia
Current status of National Park closures due to COVID-19
The Hong Kong hotel weathering the coronavirus storm
These countries have more than one capital