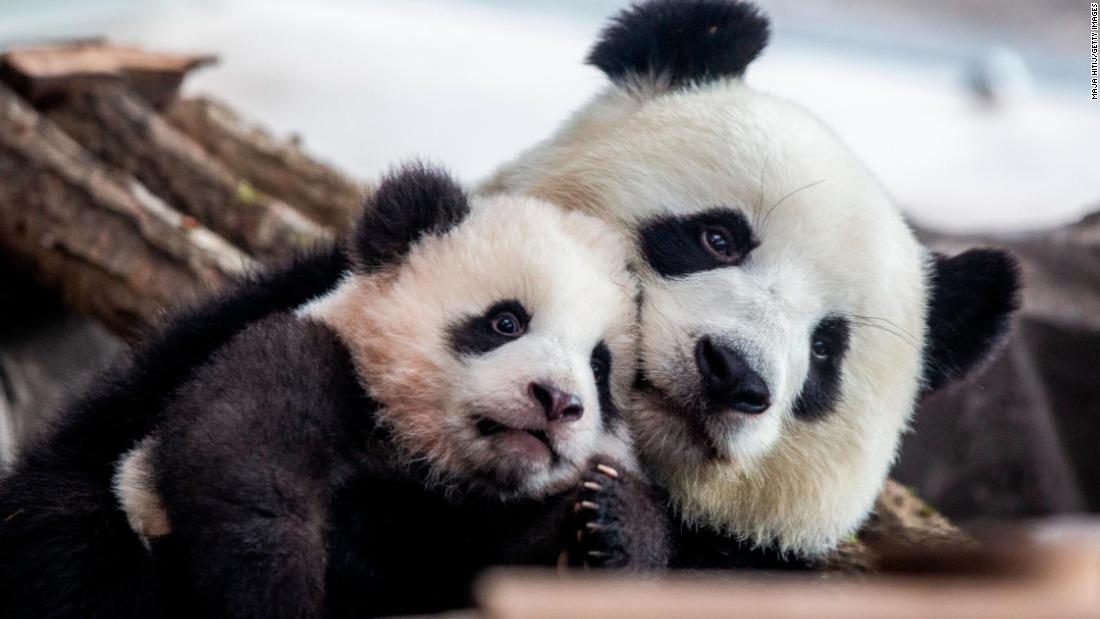 Pit (Meng Xiang) is “laid-back, dreamy and always ready for a nap,” according to Zoo Berlin’s website. Paule (Meng Yuan) is 48 minutes younger than his more sedate sibling and “known for his mischievous, inquisitive nature.”

Brother Pit will give Paule a loud yelp when his younger brother gets too rough and tumble, the zoo noted.

“On this special day I would particularly like to thank the Zoo’s committed team of keepers, vets and biologists,” said Zoo and Tierpark Director Dr. Andreas Knieriem in a statement. “But I am also grateful to everyone else who contributed to the successful breeding of these wonderful bears here at Zoo Berlin.”

The twins’ parents — mother Meng Meng and father Jiao Qing — arrived in Germany in summer 2017. They’re on loan from China for a fee that goes toward conservation work.

As is normal for giant pandas, Jiao Qing is not involved in the rearing of the cubs. The cubs will stay at Zoo Berlin for their first few years and eventually return to China.