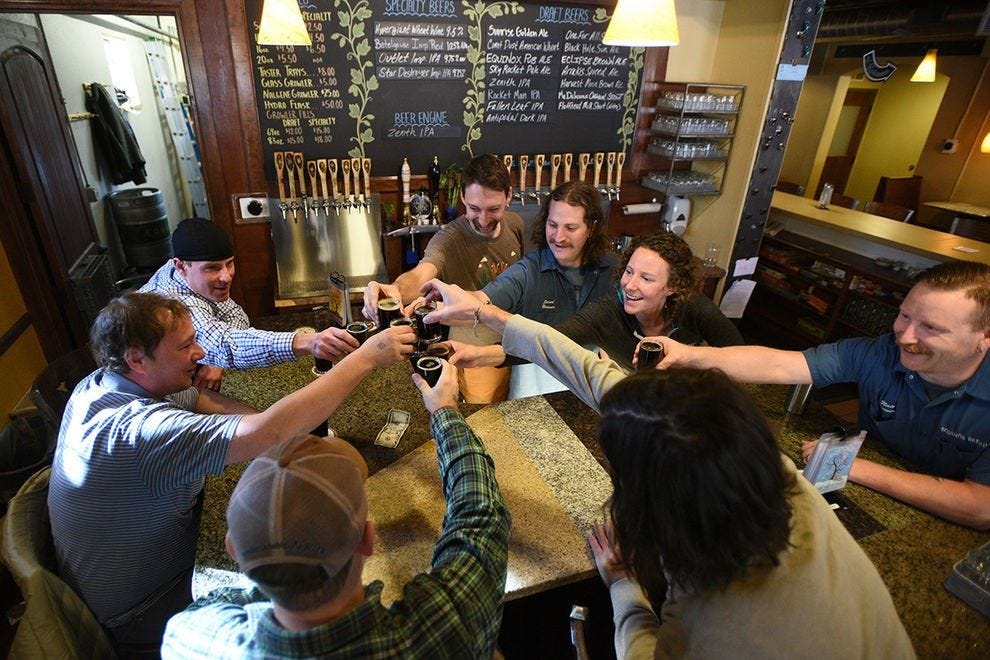 Beer is booming across the United States. According to the Brewers Association, the number of breweries in the United States is forecasted to reach around 9,200 by 2021, up from the more than 7,600 breweries there are in the country today.

But these aren’t the big, mass-producing breweries that distribute nationwide. An analysis by VinePair indicates that this growth is seen among smaller local breweries who keep their operations and distribution small to better service their communities.

This is great news for beer hunting travelers who are always on a quest to find the rarest pints. More breweries means more varieties – and if they’re strictly local, the only way to experience these beers is to get them from the source. Here are 10 beer scenes that should be on your radar. 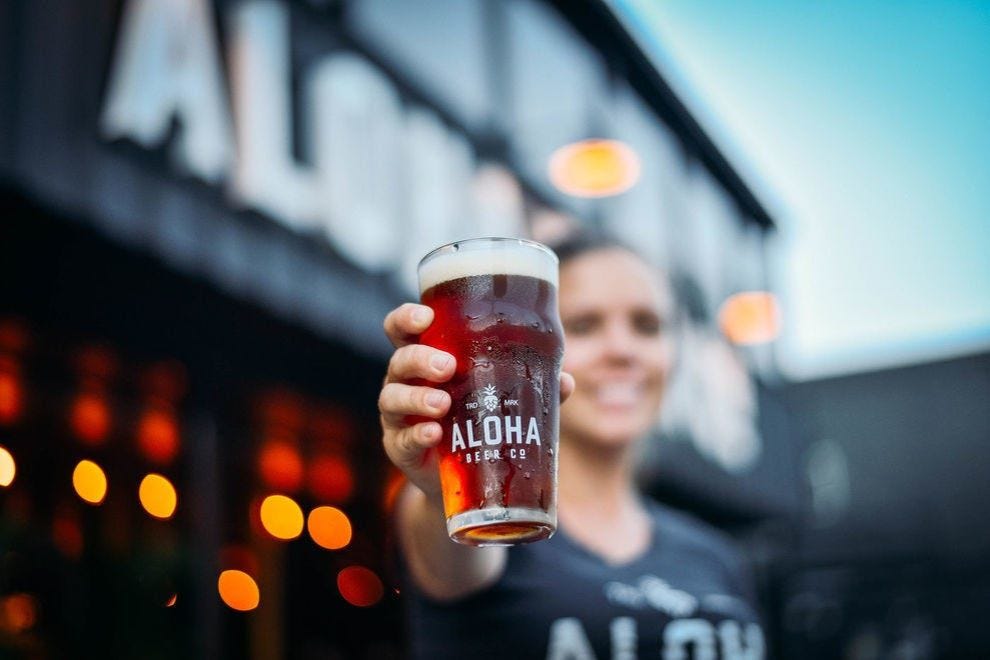 There are plenty of reasons besides beer to travel to Hawaii. The beaches are impeccable, the pace of island life is relaxing and the scenery is breathtaking. An exciting beer scene is just the cherry on top of an already incredible destination.

Hawaii is mostly known for Mai Tais, but in recent years, breweries have been popping up across the islands. There are larger operations like Oahu’s Aloha Beer Company, known for its Aloha Blonde and Waimanalo Farmhouse, which pumps out 2,500 barrels annually.

And then there are smaller brewpubs like the neighborhood microbrewery Kauai Beer Company, which serves guests in an ultra-casual space designed to look like a friend’s living room. Whatever vibe you’re looking for in a brewery, chances are you’ll find it in Hawaii.

Read more: 10 of the best breweries and distilleries across the Hawaiian Islands » 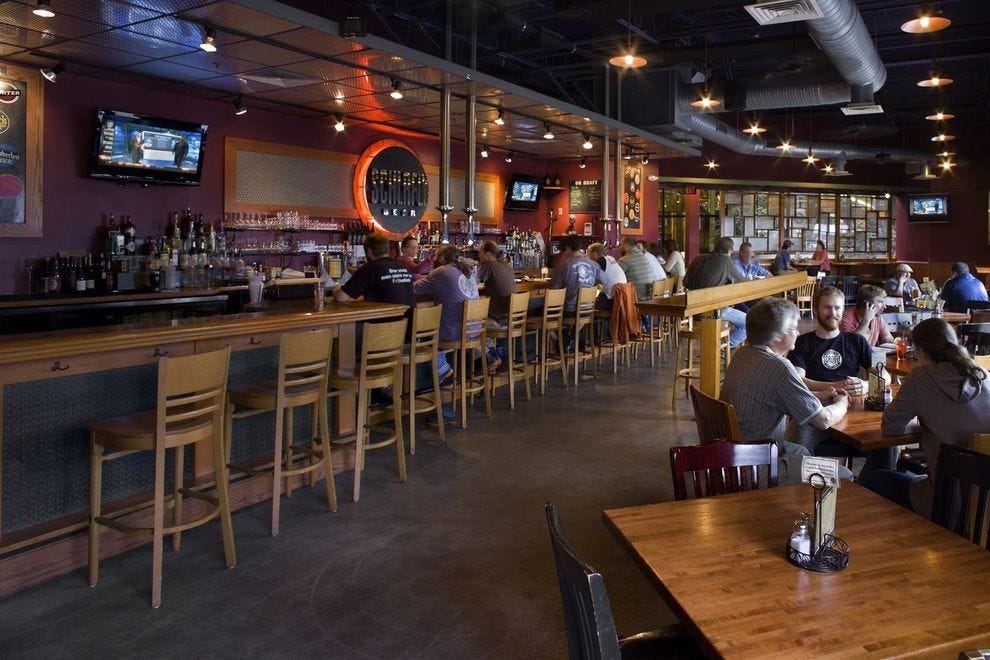 St. Louis is the home of Anheuser-Busch, the world’s largest brewer, as well as a good deal of craft breweries — Photo courtesy of St. Louis Convention & Visitors Commission

For two years in a row, St. Louis has been our Readers’ Choice Awards winner for America’s Best Beer Scene. Up against notable beer cities like Denver and Philadelphia, St. Louis came out on top twice.

It’s not hard to see why when St. Louis has beer bars like 21st Street Brewer’s Bar, which has 50 taps, giving visitors a chance to sample an array of local beers. There’s also Bridge Tap House & Wine Bar that has over 200 labels of beers to try.

It’s not just the quality of local beer that makes St. Louis an incredible city, it’s also the mass quantities and the wide variety that’s available. 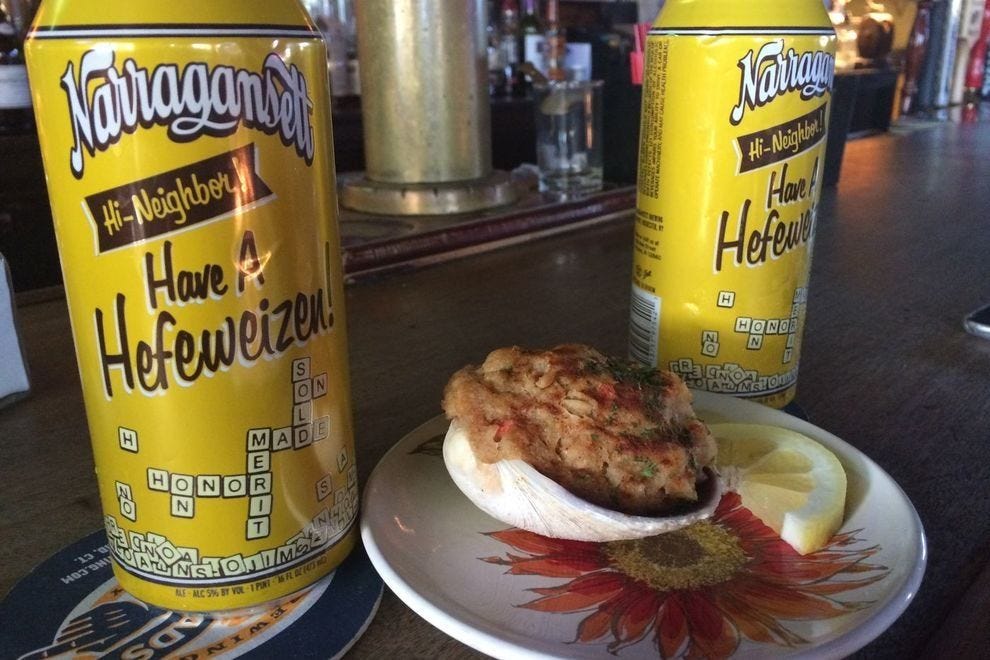 Rhode Island is only 37 miles wide and 48 miles long and within those state lines is a beer trail that’s 22 breweries across. How can such a small state rock so many breweries? The state has a long history in brewing beer, starting with the Narragansett Brewing Company founded in 1890.

Even though Prohibition and strict state regulations were a setback, once the laws were lifted, brewers were eager to get back to business. To experience the best beers that Rhode Island has to offer, the Rhode Island Brewers Guild created a brewery passport to help guide travelers on their journey. 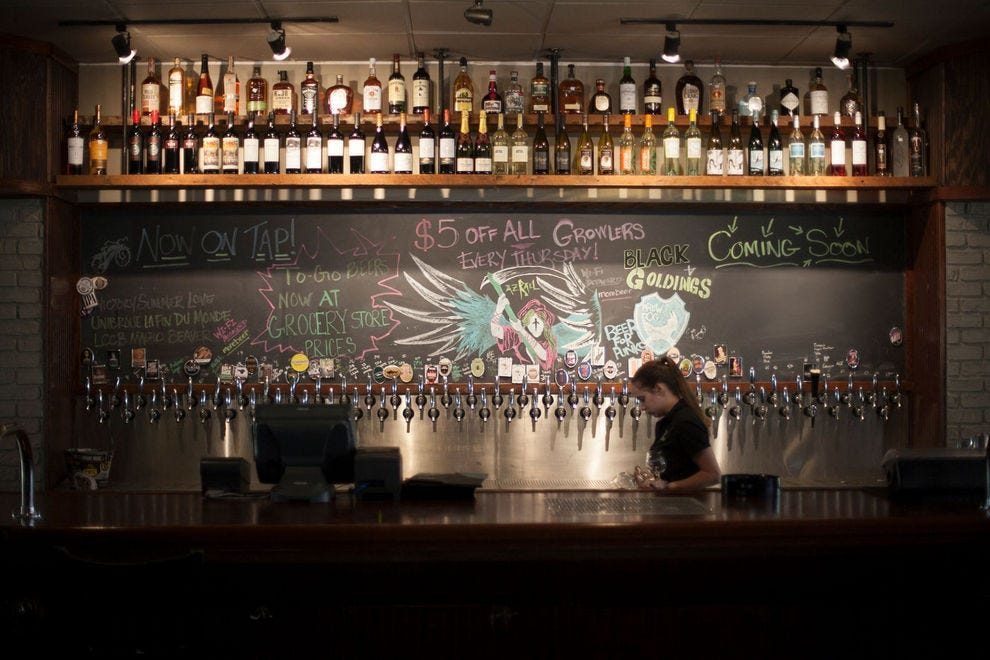 Get in early on this up-and-coming beer scene! — Photo courtesy of Visit Richmond

Richmond’s beer scene is beginning to percolate and our readers took notice. They voted Richmond as the 3rd Best Beer Scene of 2019 in our Readers’ Choice Awards.

The city has over 25 craft breweries, some of which are not only award-winning, but also being distributed out of state, giving beer lovers across the nation the opportunity to get a taste of Richmond.

New Orleans is a boozy town. When you’re the headquarters of the United States’ Mardi Gras celebration, we wouldn’t expect anything less. But aside from exciting cocktails, New Orleans has a growing number of excellent microbreweries.

The breweries popping up are about as creative and playful as the city itself. Crescent City Brewhouse in the French Quarter is housed in a historic building where guests can sip beer, order from a full service restaurant and enjoy live jazz every night.

For a unique take on stout, head to Courtyard Brewery where they’re making a double stout mashed and brewed with fresh donuts and District king cake. IPA lovers and football fans will enjoy Port Orleans where the IPA stands for “Interference on Pass Attempt,” referring to the New Orleans Saints’ loss in 2018.

These makers know how to brew a bit of New Orleans spirit into every batch. 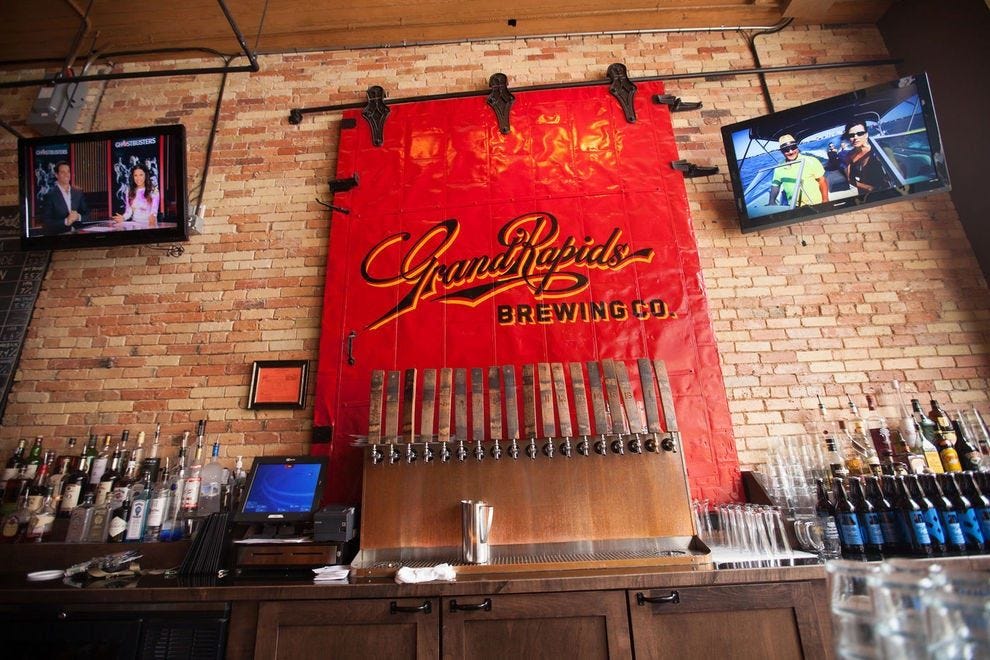 To call Grand Rapids a beer city is an understatement. The self-proclaimed “Beer City USA” was the second place winner of our Readers’ Choice Award for Best Beer Scene of 2019.

What makes this beer scene so special isn’t so much the amount of beer that’s available (the city’s official “Beer City Ale Trail” has more then 80 breweries listed in the surrounding area), it’s the fanfare around beer that makes this boozy beverage integral to the city’s culture.

Grand Rapids hosts plenty of beer festivals, events and promotions throughout the year. Whether you’re in town for a beer festival, a visit to a local brewery or to peruse the beer selection at Siciliano’s Market, there’s plenty of Grand Rapids beer to go around. 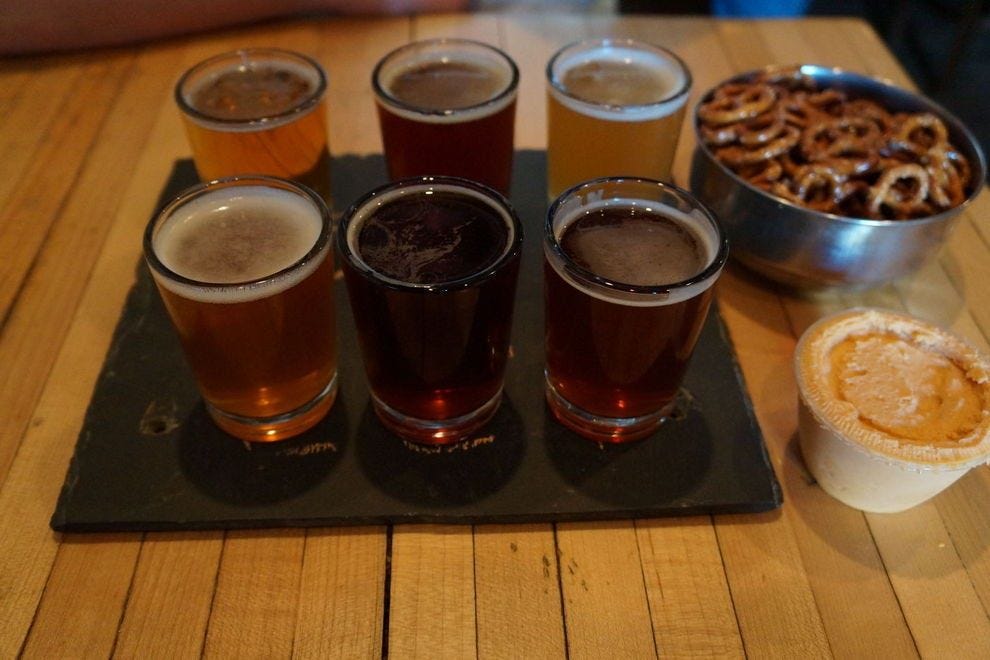 Bourbon is synonymous with Kentucky, but the state has seen exponential growth in the beer industry. The Brewgrass Trail features 12 breweries in and around Lexington, all of which perfectly embody the best that Kentucky has to offer.

Playing off of Southern culture, Country Boy Brewing’s most popular beers are the Shotgun Wedding (vanilla brown ale), Cougar Bait (American blonde ale) and Nate’s Coffee Stout (using coffee from Nate’s Coffee, a local roaster). The names are sure to get a laugh, but no one is laughing about how delicious these brews are.

At Beer Engine, craft beers are paired with another Kentucky favorite – beer cheese!

Read more: Forget bourbon. Did you know Kentucky has its own beer trail? » 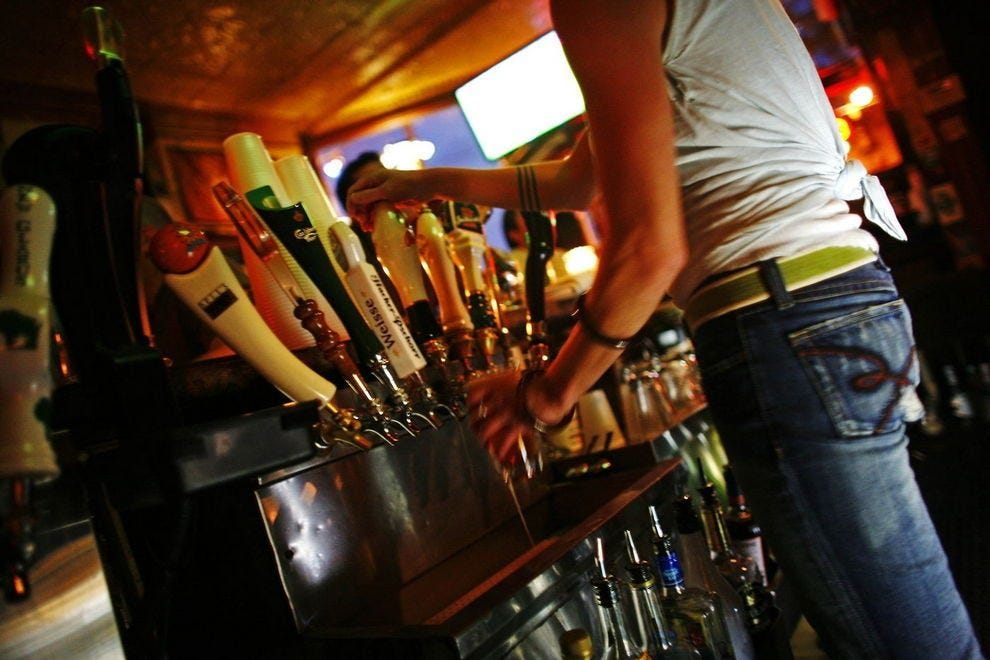 Milwaukee has been a beer city since before the craft beer boom; it’s the home of Miller Brewing and the Original Pabst Headquarters. Even their baseball team is called the Brewers, celebrating the city’s relationship with beer.

If you’re not into the bigger, nationally distributed beer brands, you’re in luck. Milwaukee is home to an abundant amount of beer gardens, beer bars and craft breweries as well. 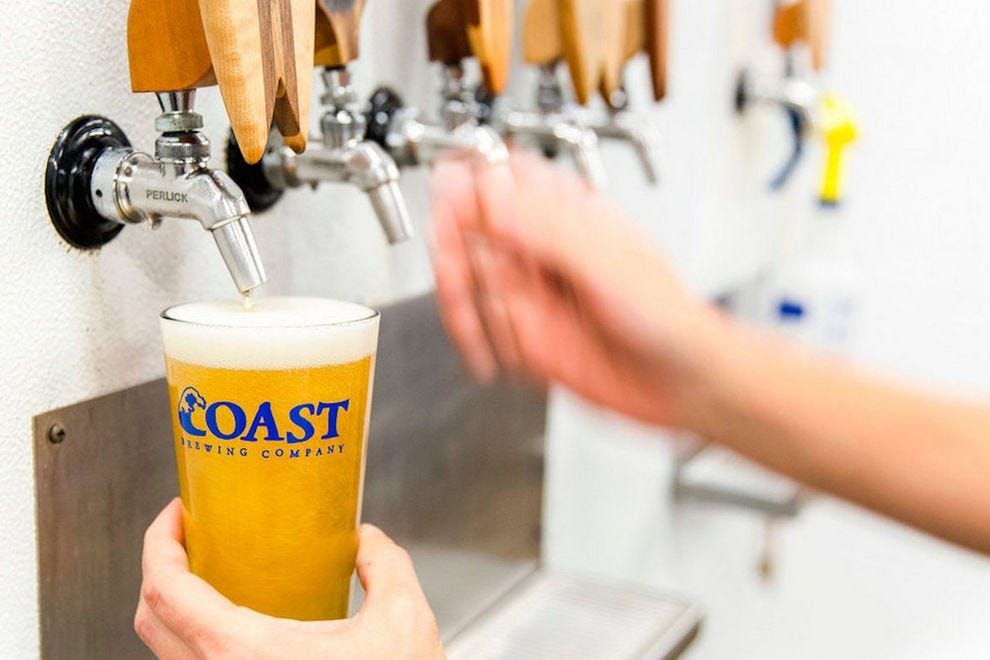 Charleston has a history of brewing that dates back to 1732, but like much of the United States, Prohibition and lingering legislation stalled the city’s beer scene. But since 2007, when a ban on high gravity beer was lifted, brewmasters got to work.

While some breweries in the state have larger distribution, a majority try to keep things as local as possible in order to maintain the highest quality of craft beer. “We wanted to stay with our fans in the market that helped grow our footprint,” explains Brandon Plyler, South Carolina’s first Advanced Cicerone®.

The city boasts a variety of excellent beers served by passionate brewers who want to share a taste of Charleston.

Read more: Where to sip the best craft beer Charleston, S.C has to offer »

Fort Collins is just over an hour’s drive from Denver, which placed 9th in our Readers’ Choice Awards for Best Beer Scene — Photo courtesy of Visit Ft. Collins

Denver may be more known for its beer scene, which is over 100 breweries strong, but Fort Collins is gaining a lot of attention from beer lovers. Fort Collins placed 5th in our Readers’ Choice Awards for Best Beer Scene in 2019.

The city known for its easy access to outdoor adventures is also home to the nationally-renowned New Belgium brewery, as well as award-winning breweries like Odell, Funkwerks and Equinox. It’s a small town with a bustling beer scene!

How Delta, United and American make money from airline loyalty programs
Visit Stockholm – 5 Things You Will Love & Hate about Stockholm, Sweden
Summer camp: If it’s not outside, what is it worth?
Wyndham Destinations CEO on travel demand as hotels begin reopening
How hotels are adapting to the new reality of COVID-19